We had two 63-year old O’Farrell clients accept job offers this week. Both offers were in their area of expertise. And both were near their fair market value. One is a six-figure job; it took almost seven months to land that position. The other was less than four months, and that included taking February off to visit her daughter in Africa.

Both clients had something in common: they job-searched despite the dire headlines. Here is a report from yesterday, 23 April 2020: “The number of Americans filling for unemployment benefits was 4.427 million last week, bringing the total reported over the past five weeks to over 26 million, equivalent to 16% of the labor force.”

Remember: All you need is ONE job. You don’t need 26 million jobs. The unemployment rate in your home might be as high as 100% right now. It’s your job to solve that problem. You’ve got to play to win.

Many of you are hyper-focused on cutting expenses. Good idea; nothing wrong with that. In addition to reducing expenses, get focused on increasing income. When you solve your income problem, your expense problem improves dramatically. If you are really looking for work, contact me. I can help.

Do yourself and your family a favor: don’t sit around waiting for the economy to bounce back. Fast forward to several months from now when you are asked why you have been looking so long. How does this sound? “I was sitting back collecting those awesome unemployment benefits.”

This week I’ve been thinking about a slogan we use on the O’Farrell Career Management website and in other media. It’s what the two clients above did. It is my message to all of you today:

Get off the sidelines. Get back in the game. Play to win.

The Power of Social Media for Job Search

What Do the HR Experts Think?

“Social media like LinkedIn is the way to find people,” said Stephen A. Childs, Director of Human Resources from Panasonic Automotive at a recent JobSeekers meeting in the greater Atlanta area. Mr. Childs, with 20 years’ experience in human resources and talent acquisition, said social media has played a huge role in their talent acquisition process, leadership development, performance management, organizational development and succession planning. “We are developing an in-house website to help us network – with people within Panasonic and the outside world. We can interact with you if you are looking for a job.”

So what’s the best approach to getting noticed on LinkedIn? According to Dave O’Farrell, of O’Farrell Career Management, “There are three key elements to get noticed on LinkedIn. First, it’s imperative to have strong, search engine optimized content (SEO). Second, you must build a large, relevant network – at least 500 connections. And finally, create and maintain frequent, interesting activity. Without all three of these elements, you die a slow death on LinkedIn.”

“It’s much easier now compared to just a few years ago,” said Sara Clarke, Regional Human Resources Manager for Orange Business Services. She noted social media like LinkedIn, “will allow you to find companies and they can find you. “

Once you’ve gotten noticed, take your participation to another level through group participation. According to Stephannie O’Donnell, of O’Farrell Career Management, and organizer of the event, “Not only are groups great for networking with others who have similar interests or industry affiliations; groups are also a good platform to establish yourself as a thought leader by posting relevant content, article links, and posing questions to stimulate discussion.“ She says she has sourced several candidates from groups and checked their levels of engagement prior to interviewing them.

Professionalism and staying current also matter, according to Tanya Turner, Human Resources Generalist at Turner Broadcasting, “Always update your LinkedIn profile. It’s where the action is. And be sure to get a photo that is done professionally.”

Let us know what you think. How have you used LinkedIn in your job search?

Have You Thought of Entrepreneurship? 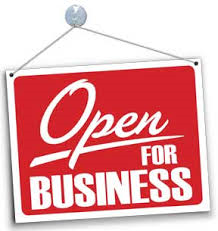 Although being laid off or downsized is never initially viewed as a good thing, it may serve as your catalyst for change. Traditional thinking says, “If I’m a sales person, I need another sales job.” Have you ever taken inventory of what you liked and disliked about your last job? Ranked what is most important to you? Have you ever considered being your own boss? How about creating a new business?

According to AOL Jobs, 15% of small businesses were established following a layoff. Additionally, the SBA reports that:

There are several success stories here in the south metro area. Come to the JobSeekers on May 9, 2014 at First Baptist Church, 208 Willow Bend Road, Peachtree City to interact with these small business owners and hear their stories.

Get the Job You Love… Maybe the Job of Your Dreams 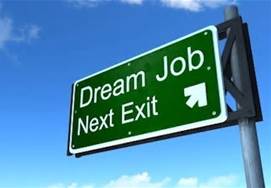 Zaffar Akbar knows the right resume can lead to the right job. Zaffar shares, “I immigrated to the USA in 1994 with a mechanical engineering degree from the University of Engineering and Technology in Lahore, Pakistan. Growing up, I loved reading car magazines like any boy did. It then became my childhood dream of working in Detroit, the car capital of the world.”

“As newlyweds, my first job was with a used car dealership in Alabama. But I kept looking and found a job with a company in Detroit that designed, constructed and installed paint shops, as we call them in the car industry. It was my dream job. I had to oversee the construction and launch of them in many car plants all over the US. It was a learning curve for me for eight years. But unfortunately, they fell on tough times.”

“So I moved to Georgia to a company that built and manufactured external trims for the car industry. It was a great job but I wanted to be challenged; that’s when an opening turned up with a company in Newnan. They manufactured motor-sports vehicles. But in late 2013, I left with my severance pay.”

“I was worried with my wife and kids to support. But thankfully, the company hired O’Farrell Career Management to help me in my next job search. Dave O’Farrell, founder and career coach, updated my resume and summarized my core competencies, which was construction and installation of paint shops for the car industry. Then he posted me onto LinkedIn. Not a lot of people have that kind of expertise.”

“Dave O’Farrell and Stephannie O’Donnell helped me with mock interviews. I never knew getting one’s resume right could be so beneficial to getting the right job. When my resume was posted on LinkedIn, I got a lot of calls and within three weeks, I had my first offer.”

“I moved to South Carolina to a multi-billion dollar company that manufactures automotive external trims for a major luxury car manufacturer. As their Production and Paint Manager, I’m in charge of the complete production of their paint shop.”

Out of Work for a Year

Do Companies Hold Jobs for the Right Candidate?

Dan Hix, 59, with 18 years’ medical device sales experience, had been out of work for a year, from 2013 to 2014. He plowed on coping financially and emotionally, until, he met Dave O’Farrell, a career coach and founder of O’Farrell Career Management.

Dave and his marketing director, Stephannie O’Donnell, helped Dan to restructure his resume and highlighted his major accomplishments. They leveraged LinkedIn with the aim to attract any potential employers to his profile.

In mid-Oct 2013, he had two job offers. But a sudden heart-attack took him to the hospital and during his recuperation; he called the two companies to explain the situation. One company had to restructure, so the opening was closed but the other company, his current employer, offered him the job in January 2014.

Join us at JobSeekers of PTC this week for “HR Panel Shares Tips for Acing Job Interview: What hiring managers really think and what they want to know about you.”

We will have a special panel discussion and Q&A with HR managers from Coveris Packaging, CNN/TBS, Orange Business Services, and Panasonic Automotive. These experts each have 15+ years’ experience in human resources including recruiting, interviewing, hiring, on-boarding, learning and development, succession planning, and all other aspects of the employment life cycle.

Get interview tips from these experts scheduled to appear:

Coveris has 9,000 employees and 65 production facilities in 21 countries. Fred’s primary focus includes developing human capital solutions, providing company-wide HR governance, improving employee engagement, energizing the culture and enabling growth. Prior to Coveris, Fred was SVP-HR at Beazer Homes as the company experienced over 250% growth. Prior to that, Fred was at Gulfsteam Aerospace, Newell Rubbermaid, and Westinghouse. He has 20+ years of HR and management experience.

Orange is a $60B multinational telecommunications company serving 221 countries with 180K employees worldwide. Sara has 15+ years’ experience as an Human Resources generalist, consultant, and business partner. She has been in the international environment for the last 11 years, focused on organizational change, restructuring, recruitment and staffing, career development, learning and development and management training.

Stephen began his career at Panasonic in talent acquisition and has held several management positions during his 15 years with the company. Prior to joining Panasonic, Stephen worked in technical recruiting specializing in automotive electronics, and prior to that, he owned and operated a contingent labor staffing company. He has 20+ years of talent acquisition, human resources and management experience. Stephen recently won the 2013 Society for Human Resources Management Atlanta Pegasus Award for excellence in human resources.

Have you checked out these companies? Do you know if they are hiring? What questions do you have about the talent acquisition process? What happens after you leave the interview room? Come ready to learn, engage, and leave with added information and motivation for your job search.

Submit your question in advance in the “Career Branding Job Networking” group on LinkedIn. Not a member? Join today and submit a question. We will choose from the posted questions and address them to the panel. If your question isn’t chosen you may have an opportunity to ask it in person. Arrive early, bring a friend, you don’t want to miss it.