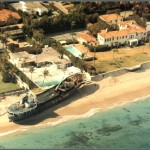 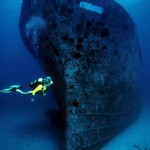 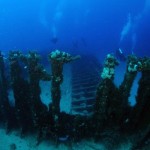 Networking is by far the number one way people find jobs. One client of mine compared networking to sowing seeds. Ken said, “I’m convinced that networking is like planting seeds. Some will germinate, but it may take a while. The seeds need ongoing attention to help them grow.”

Friends, listen to me: network even when it seems like networking is not working.

To illustrate the consequences of doing the right and wrong things, I think back to August 1985 and a scuba trip to West Palm Beach. Some friends and I dove on a Greek yacht named the Mizpah. It was a night dive in 85 feet of water, two miles off the coast. We were warned of the dangers of the Gulf Stream currents; they could sweep you miles away from the dive boat in the middle of the night.

I was terrified of the wrath of the other 18 people if we missed the boat.

To understand my high anxiety, I will take you back three weeks prior. Ron and I and some of the same people were in Fort Lauderdale to dive on the Mercedes, a freighter that had been sunk in 97 feet of water one mile off the coast of Fort Lauderdale. Ron had dived on the ship once before; I was in Atlanta for Independence Day. He said it had been a fantastic dive; they could see the freighter as soon as they jumped in the water.

On this particular dive we ignored the dive master’s navigation instructions and simply started swimming down; visibility was poor and we couldn’t see the ship. We swam against the current in what we thought was the right direction, but still no ship. When we reached a depth of 75 feet, we finally saw something. Sand. Nothing but sand.

We missed the boat.

Ron and I had an underwater argument about whether we should swim around on the bottom looking for a 195 foot long ship or go back to the surface and asking for help. We were rookie scuba divers and had been warned about doing a “pop up,” which is exactly what we were about to do.

The boat captain and the deck hand let us have it. They dragged us over to the drop site again while we hung on to the dive platform for dear life. We used up most of our air during this exhausting experience. We found the boat on the second try, but were only able to spend seven minutes exploring the Mercedes. The other divers teased unmercifully for the rest of the weekend (and for years to come).

So on this night Ron and I are on the platform about to jump into the dark and eerie waters while all these thoughts are racing through my head. Then I remembered our training; I remembered what the instructors had said about reaching our goal: “Swim hard, swim south and don’t take your eyes off your compass.” We swam due south, directly against the current. We did what we knew was right even though we couldn’t see the target. I looked up just before we hit the bow of the boat.

It was a wonderful dive. We went into one room and pushed our flashlights into the sand so they didn’t cast any light. It was cool to see hundreds of bio-luminescent creatures glowing in the darkness of the deep.

Listen to the Experts

Friends, listen to the experts. Do what we say works. Don’t take your eyes off your compass. Your target will be right ahead of you if you don’t let yourself get distracted, if you don’t wander off on one tangent after another. If you do, you could end up miles away from your target and looking at nothing but sand.

Network! Chances are as high as 80% that you will find your next job through a personal contact. Why not shorten the time by doing more networking? Bring up your job search in almost every conversation you have, especially with new people. You may not see your next job up ahead, but it’s out there. You have to do the right things to find it.