How to Make Your Own Luck 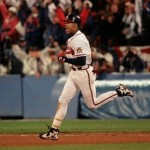 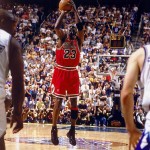 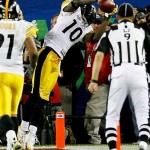 Want to know how to make your own luck? Chuck Hodges, former baseball player and now pastor of Athens First United Methodist, shared one of his life’s lessons during a sermon a few years ago: “The will to prepare is more important than the will to win; because when the athletes step onto the field, everyone has the will to win.”

As I write this, in my mind’s eye I see Lynn Swann making that amazing catch in the 1980 Super Bowl, David Justice hitting a solo home run and scoring the game’s only run as the Braves won the 1995 World Series, Michael Jordan winning the 1998 NBA championship with his last shot in the last seconds of the last game of his career (we thought it was his last game; it was his last game as a Chicago Bull), and the Pittsburgh Steelers’ wide receiver Santonio Holmes making an amazing catch in the back corner of the end zone to win the Super Bowl two years ago.

Every athlete in each of those games had approximately the same desire to win as every other athlete on the field or court. They didn’t make great plays simply because they wanted to make great plays. What set Swann, Justice and Jordan apart was not just their level of performance in the most critical moment of a championship game; what set them apart took place months or even years earlier. The best athletes in the world are the ones who combine their God-given talents with relentless practice and a laser-like focus. For example, Tiger Woods was the best golfer in the world – until he lost his focus and cut back on his practice time.

Mickey Mantle, by his own admission, was the antithesis of a Lynn Swan or a Tiger Woods. He had great God-given talents but a totally different work ethic. In an interview just before he died, he commented that he had done less with his God-given athletic talents than perhaps any other athlete of note. He said if he had worked and practiced, i.e. “prepared himself,” he might have been the greatest ball player of all time instead of just a really good ball player. He said his lack of preparation was the opposite of Ted Williams’ all consuming preparation. He went on to say he had let himself, his family, his fans and God down by not making better use of his talents. (Thanks to Kevin Cheney for this information.)

I cannot stress to you enough how important it is to be prepared. Five things that come to mind:

Luck is What Happens When Preparation Meets Opportunity

One of the principles that has guided my life journey is this: “Luck is what happens when preparation meets opportunity.” The quote is attributed to the Roman philosopher and historian Seneca, who was a contemporary of the apostle Paul. Maybe they met one another and talked about the great athletes of their day during Paul’s house arrest in Rome around A.D. 60.

Winning a job is not just a matter of desire; because all the candidates who enter the interview room have roughly the same will to win. The question is: “Are you thoroughly prepared to win the job you want?” Your competition is not using a homemade résumé and off-the-cuff responses; are you?

One of my clients sent this to me a while back: “If it seems a bit depressing that the most important thing you can do to improve performance is not fun, take consolation in this fact: It must be so. If the activities that lead to greatness were easy and fun, then everyone would do them and they would not distinguish the best from the rest. The reality that deliberate practice is hard can even be seen as good news. It means that most people won’t do it. So your willingness to do it will distinguish you from the rest.” (Talent is Overrated by Geoff Colvin, p. 72)

It’s not the best-qualified candidates who win the jobs; it’s the ones who are the best prepared. Get prepared. Win the job.