We had two 63-year old O’Farrell clients accept job offers this week. Both offers were in their area of expertise. And both were near their fair market value. One is a six-figure job; it took almost seven months to land that position. The other was less than four months, and that included taking February off to visit her daughter in Africa.

Both clients had something in common: they job-searched despite the dire headlines. Here is a report from yesterday, 23 April 2020: “The number of Americans filling for unemployment benefits was 4.427 million last week, bringing the total reported over the past five weeks to over 26 million, equivalent to 16% of the labor force.”

Remember: All you need is ONE job. You don’t need 26 million jobs. The unemployment rate in your home might be as high as 100% right now. It’s your job to solve that problem. You’ve got to play to win.

Many of you are hyper-focused on cutting expenses. Good idea; nothing wrong with that. In addition to reducing expenses, get focused on increasing income. When you solve your income problem, your expense problem improves dramatically. If you are really looking for work, contact me. I can help.

Do yourself and your family a favor: don’t sit around waiting for the economy to bounce back. Fast forward to several months from now when you are asked why you have been looking so long. How does this sound? “I was sitting back collecting those awesome unemployment benefits.”

This week I’ve been thinking about a slogan we use on the O’Farrell Career Management website and in other media. It’s what the two clients above did. It is my message to all of you today:

Get off the sidelines. Get back in the game. Play to win.

Top 25 Employers According to LinkedIn Survey

What are the most sought-after jobs in America, and what makes them so desirable? Today, LinkedIn released its list of the 2017 Top Companies in the country. “This is a list of companies where we know people want to work,” said Dan Roth, LinkedIn Editor in Chief, during an interview on CNBC.

The 50 organizations were selected based on analysis of data from LinkedIn’s 500M+ members. “Many of the companies on the list…are brands we know, like, and often even love,” says Business Journalist, Suzy Welch. “This is not where people like to work, it’s where they yearn to work.”

So what are the qualities of these most desirable companies? Some are predictable – flexible work hours, a diverse workforce, innovative office environments, generous family leave and vacation time (many even have dog-friendly offices).

But Roth says there’s something more in the data. “What we see constantly is that people want to work at places where they can take on hard problems.”

Jobseekers are looking for opportunities to learn new ways of thinking and address important issues and causes. Today’s workers want to be part of something significant and challenging. And the companies they yearn to work for are those where they can collect experiences to push them to the next level in their career.

To learn more:
The 25 hottest companies in America, according to LinkedIn
LinkedIn’s top companies of 2017 reveal what employees really want
LinkedIn Top Companies 2017: Where the world wants to work now 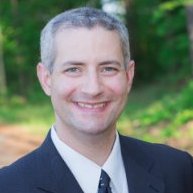 Super proud of Sadik. He came through his transition process with flying colors. This is a note he wrote to his HR director to say “thanks.”

I would like to take a moment to share with you my experience with O’Farrell Career Management for the last few months and how much they have helped me as outplacement consultants during my separation process.

They are professionals with many years of experience. The have a proven process to prepare professionals in identifying strengths and opportunities about their careers when phasing out of the difficult situation of being unintentionally separated from an employer. Dave and Stephannie cover with their process all the necessary areas including résumé preparation, market exploration, networking and behavioral interviewing, among others. All these areas really work, based on my own recent experience!

On the personal side, Dave is always there to talk to you about the program and any difficult situations you may be facing. He is a well-prepared career coach and a really nice guy. I’d encourage you to continue relying on his services when you need an outplacement consultant again.

Thanks for your time. Have a great day! 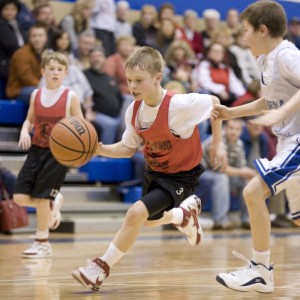 Never pass up an opportunity to network

I learned a valuable lesson on the second day of my own job search many years ago about why you should never miss an opportunity to network. I’d just been liberated by my employer of 13 years and was feeling all the emotions we usually feel as we face an uncertain future: anger at my old boss, hurt feelings about leaving the company, and fear about paying the mortgage and other bills.

Lucky for me, my wife worked for one of the world’s three largest career management firms. My company didn’t have the vision or caring to provide outplacement service, so I was very fortunate to receive these career management services pro bono. My second day there, we had a champagne celebration for a fellow job seeker who’d just landed a job. About 40 other seekers, consultants and staff members gathered in the conference room to hear his story.

BTW, they really did serve champagne – along with orange juice and mimosas.

The Assembly Line Versus the Corner Office

The lucky seeker thanked everyone for their help and then proceeded to tell us that he’d been searching for 18 months (or 30 months; I remember my heart sinking and my stomach churning as he said “something-and-half years”). Then he told us he did what his career coach told him to do. He networked. He networked some more. And then still more.

He reached into a catalog case and pulled out a three-ring binder with three-inch rings. He held it up chest high and dropped it on the conference table. Some of us jumped as the thud reverberated through the room.

“Friends this notebook is one of three notebooks I made during my search. It contains hand-written notes from all of my networking calls. I had a very short list of ‘A’ contacts that I called every week. I had ‘B’ contacts I called once a month. I had a long list of ‘C’ contacts I called once a quarter. I also told everyone I met about my job search. People in my neighborhood. Friends at my country club. Even people in line at the grocery store.”

“Several weeks ago I was sitting in the bleachers at my son’s basketball game. I noticed I was sitting next to the only parent on the team I hadn’t told. I was sure a factory worker like him couldn’t help a guy like me because I was the general counsel of an Atlanta-headquartered firm.” He let that sink in a moment and then restated, “He worked on an assembly line and I worked in a corner office.” Another pause. “Finally I swallowed my pride and summoned my courage and told him my story. To my amazement he said, ‘I know someone who might be able to help you.’”

“Friends, I stand before you today because I got out of my own way and told someone who makes a fraction of what I make about my job search. Never pass up an opportunity to network.”

We cheered while he held up the champagne cork and dropped it in a large goblet with dozens of other corks.

During his remarks, he said the position was created for him. Many years later it dawned on me that he and his family missed a tremendous amount of income because of his pride. Let’s say his cash compensation was $240K per year. If he had that conversation at the beginning of the basketball season, say three months earlier, his pride cost him $60K. If he’d had the conversation 18 months prior, his pride cost him $360K.

Here’s the bottom line. It’s usually hard, if not impossible, to monetize what a weak résumé, a poor strategy, or a bad attitude costs a job seeker. In this case pride was costing this gentleman more than $4600 per week. In business, we call this “opportunity cost.”

What is your opportunity cost per week? What barriers are standing between you and a new job? What are you doing to knock those barriers down? And who do you need to meet with to discuss your job search? Who have you left out?

The Power of Social Media for Job Search 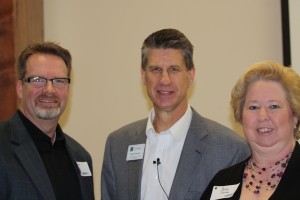 What Do the HR Experts Think?

“Social media like LinkedIn is the way to find people,” said Stephen A. Childs, Director of Human Resources from Panasonic Automotive at a recent JobSeekers meeting in the greater Atlanta area. Mr. Childs, with 20 years’ experience in human resources and talent acquisition, said social media has played a huge role in their talent acquisition process, leadership development, performance management, organizational development and succession planning. “We are developing an in-house website to help us network – with people within Panasonic and the outside world. We can interact with you if you are looking for a job.”

So what’s the best approach to getting noticed on LinkedIn? According to Dave O’Farrell, of O’Farrell Career Management, “There are three key elements to get noticed on LinkedIn. First, it’s imperative to have strong, search engine optimized content (SEO). Second, you must build a large, relevant network – at least 500 connections. And finally, create and maintain frequent, interesting activity. Without all three of these elements, you die a slow death on LinkedIn.”

“It’s much easier now compared to just a few years ago,” said Sara Clarke, Regional Human Resources Manager for Orange Business Services. She noted social media like LinkedIn, “will allow you to find companies and they can find you. “

Once you’ve gotten noticed, take your participation to another level through group participation. According to Stephannie O’Donnell, of O’Farrell Career Management, and organizer of the event, “Not only are groups great for networking with others who have similar interests or industry affiliations; groups are also a good platform to establish yourself as a thought leader by posting relevant content, article links, and posing questions to stimulate discussion.“ She says she has sourced several candidates from groups and checked their levels of engagement prior to interviewing them.

Professionalism and staying current also matter, according to Tanya Turner, Human Resources Generalist at Turner Broadcasting, “Always update your LinkedIn profile. It’s where the action is. And be sure to get a photo that is done professionally.”

Let us know what you think. How have you used LinkedIn in your job search?