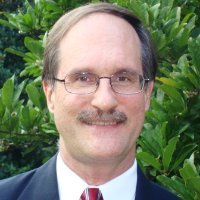 Wow, what a week! Highs and lows. Quick job search for two proactive job seekers – less than 60 days each.

Also spoke to several people this week who are completely dead in the water; people who’ve been doing everything thing wrong for months and didn’t even know it. One person in particular is very competent at what he does, and totally incompetent as a job seeker. He wasn’t even aware of this and it has cost him more than a year’s worth of income. If he follows my advice and uses the résumé and LinkedIn profile we created during our meeting on Monday, he will get his mojo back and will be interviewing again very soon.

Just traded emails with someone who’s invested a lot of time and a little bit of money to no avail; he’s languishing in his search. Another person told me he’s applying to 300+ jobs per week; I replied that he’s doing one every eight minutes if we assume a 40-hour week. Another person found a friend who’d do her résumé for free. Earlier today I worked with a client whose résumé wasn’t done for free; the fee was paid by her former employer. I would have never known – it was created by a firm who gets mentioned in the Wall Street Journal frequently.

Free or fee-based, there are a lot of “career coaches” out there who simply don’t know what they are doing and it’s the job seekers who are paying the terrible price for this shoddy work and bad advice. It breaks my heart to see people deep into their job search and drowning in debt when they could have taken some simple steps right after they were laid off to to shorten their search, earn more money, and get better results.

On the other hand, I worked with a client on Monday who had one recruiter after another inviting him to connect with him on LinkedIn – seven that I know about, and one interviewed him before the sun set that day. When I got to work on Tuesday, one of the first emails I read was from a client who just landed a great job at The Home Depot; she starts next Monday. She got the offer 54 days after we worked together as coach and client. Kim is my second client this year to land a job at THD – a company that receives over a million résumés per month at their headquarters.

I just hung up the phone with a client who accepted a job today. I kicked his butt during a meeting on 25 April. This led to strategy session for an upcoming interview on 22 May – they are doing background checks on that job right now. The offer today was with another company. Two offers within two weeks, and by the way, he’s been out of the traditional workforce for almost two years. With good training and God’s grace, that didn’t matter.

Friends, watch out for wolves in sheep’s clothing. Watch out for your own passiveness. Watch out people who have good intentions and no training or experience in job search coaching. Be alert, your enemy the devil prowls around like a roaring lion looking for job seekers to devour – see 1 Peter 5:8. Don’t let him get you. We believe in a God that no matter how desperate the situation, there is a way out. There are brighter days ahead. Oftentimes, God is waiting on us to take that decisive first step.

Do something bold today. Step out in faith.

Very proud of Kim, Woody and Dave; congratulations to all three!

I’m going to be concluding my consulting assignment in Chicago on Wednesday, I’m sorry I’m not going to be available for “Transitioning to Your New Job” on June 26 and once again I’m going to miss JobSeekers this Friday because I’ll be flying back from Chicago. I’m sorry I’ve missed so much, I was interviewing the past two Fridays and traveling from my consulting assignment the previous Friday.

I have accepted the position of VP R&D at Acuity Lighting in Conyers beginning July 8. My search was from May 4 until today, June 25 (53 days) and during that time I’ve had a consulting contract for four weeks. Most important in my search was being led by the Lord, preparing my résumé and LinkedIn profile (thanks Dave O’Farrell), using LinkedIn for research, and following the leadership of my executive coach. Other keys were: careful preparation of exit statements, compilation of RATS stories within the behavioral interview matrix, and several years of study of Lean product development and manufacturing.

I only interviewed for two positions, both VP level at lighting companies. One company turned me down but allowed me a practice interview and Acuity gave me an offer one day after my interview.

One thing is clear: the success of this job search was a “God thing.”