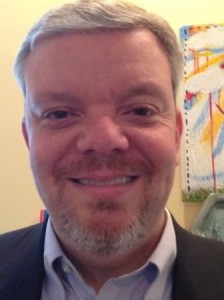 Kevin Love was at JS last week to share his good news. He asked me rework his résumé and then he followed my advice. Along with the résumé in MS Word, I set up his LinkedIn profile, showed him a few secrets to leverage the power of Li, and gave him a text-only version of his résumé. I recommended that he post his new résumé on several job boards.

Look what happened next: 30 screening interviews and one great job offer in 14 days. It’s the second or third time in less than four months that one of my clients landed a job within two weeks of having me redo their résumé.

During our consultation, Kevin was worried about how long it might take to find a job. We were both pleasantly surprised. Congratulation Kevin!

Yesterday, after talking to about 30+ recruiters and networking with a dozen individuals, I received a job offer from Georgia-Pacific!

In one of our sessions, you gave us six or seven methods that we could use to get a job. You also mentioned that normally individuals are successful when they combine one or two of the methods. That was what happened in my case. My offer came out of posting my resume online which lead to me getting called by a recruiter who told me about the job. I then networked with other individuals who called the hiring manager and that lead to me getting an interview.

It amazes me how it all works.

Thanks for all that you do!