Scott Christopher tells the audience how he built his confidence.

We posted a story recently of someone who’d looked for work for 111 weeks without success, got some professional help, and received two offers within seven weeks. This week we have another story of frustration that turns into hope that turns into a job.

Scott Christopher came to JobSeekers last week to say, “Farewell and good luck.” He was one of two people with such great news. Congrats to Gordon Miller as well. Another landed a part-time job – and she moved here only three weeks ago. Congrats to Marty. And I found out after the meeting that someone else is starting a three-month contract that may turn into a full-time job. Congrats to Bob.

I knew things were going well when I saw this post from Karen Kilgo on the OCM Facebook page back on June 6th: “Today, I received a résumé from an O’Farrell Career Management client. Wow, what a breath of fresh air! A highly qualified candidate for one of our open positions. A great résumé; easy to see what the person has done and what his or her accomplishments are. I love seeing O’Farrell-ized résumés! Thank you, Dave O’Farrell, for helping your clients accelerate their job searches. In 21 years in HR, I have to say your clients have the best résumés and presentation skills I have ever seen!”

Scott tells us he was a free agent for over a year. I had the pleasure of working with him as a client beginning on 22 March 2012. The Fb post mentioned above came in 10 weeks after Scott completed his training here at OCM.

In the past several weeks, Scott interviewed with cities and municipalities around the state, so we are pleased he’s found a good job close to home. It’s at the Atlanta Mission as their Facilities Manager.

BTW, while working on this post, Scott called to say that he has an open position on his team and wondered if a certain person who was at JobSeekers last week would be interested. (Good luck Tim!) That’s paying it forward!

Come to JobSeekers this Friday, the place where we beat the odds every week.

Scott, I am very proud of you; congratulations! 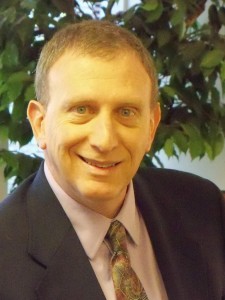 I am so excited to report that I got a job. I start Monday, July 16th. That will be one year and 15 days since my last day worked. I have been reminded of a verse in Daniel chapter 10 that talks about God answering Daniel’s prayer but the answer was delayed because the angel bringing the answer was busy fighting with “the enemy.” It took 21 days. The passage states that his prayer was heard in Heaven on the first day.

Things I learned include: First of all, I learned that obviously my timing is not His timing. Next, He strengthened my faith (and tested it for sure). And He has shown me the value of humility, how to exercise patience, and finally, how to exercise courage.

Wow, what a roller coaster ride it has been.

So, THANK YOU and everyone at JobSeekers for your help, patience, encouragement, and nudging when needed.

Dave, I can’t emphasize enough how appreciative I am for your help in the workshop with the interviewing skills and all that you do that goes with that. The confidence that I gained is refreshing. I think it has been there, it just needed coaxing out and you guys did it.