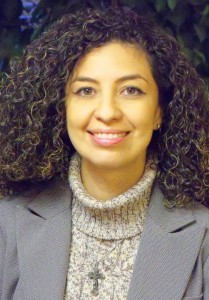 I am very proud of Carolina Segovia this week, and very thankful to God for his divine providence in all of our lives. There were three truly amazing things that happened in the process of her receiving an offer in a short period of time. I believe they weren’t coincidences, but God-incidences.

First, we finished Carolina’s résumé and LinkedIn profile at about 1:30 on 31 October. Ten minutes later Meshaan Campbell, a local HR manager, sent me a job lead. Carolina was a perfect fit. I actually didn’t see the lead for another eight hours because I was doing client work and working on publishing deadlines. I emailed Meshaan at 9:40 pm.

Third, I had a client postpone his participation in my workshop. The knucklehead called me at 8:45 pm and told me he couldn’t make it. The start of the workshop was less than 12 hours away. I ‘lost it’ for a minute or two, regained my composure, and then told him that when this has happened in the past, there was a divine purpose. I got mad because my signature workshop only has three people in it, so when someone can’t make it, 33% of the participants are absent.

Knowing Carolina had this interview coming up, I emailed her at 9:00 pm and asked if she could come on short notice. She emailed right back and said she would be here bright and early.

Meshaan called Carolina during the workshop the next morning and rescheduled the interview for 11:00 am on Friday. We did an 80-minute full-scale role play with feedback for this specific interview in the afternoon.

The next morning, Carolina aced the interview. I spoke to Meshaan in the afternoon and she told me how pleased they were their new candidate. She said, “Dave, thanks for making me look good.” I believe Carolina was the first on only candidate they interviewed for this position.

They had another interview the following Wednesday at 2:00 pm and that’s when the offer was extended. It had been 14 days, 30 minutes since we finished Carolina’s résumé.

Divine providence, plus just-in-time training, led to this great job offer. The pay is better, the benefits are better, and the environment is better than the position she left a few weeks ago. Carolina is thrilled, and so am I.

One more thing: the job is not funded until January. They are putting Carolina on a contract between now and then. This is hiring season. Do what Carolina did; get prepared and then go out and look for a job now.

To my fellow seekers,

I attended JobSeekers of Peachtree City for the first time three years ago – in late 2009. I had been laid off from a company in Atlanta approximately six months after my husband had been laid off. Our income fell to less than a third of what we were used to making. It was a very difficult and trying time for my family. I was NOT used to asking for anything from anyone… after all, I had “pride.”

I learned fast that pride is not a good thing when you are in need. With God’s grace, I learned to be humble again and to give all of my anxieties up to the Lord. Let me tell you – this was not easy because I like to say “God if you will do this, then I will do that.” We all know God doesn’t work that way. Anyway, God was good as he opened doors by providing a place for me to network at JobSeekers. He also provided me with an awesome guide – Dave O’Farrell.

After several months of job hunting I indeed found another J-O-B!!! It didn’t have the number of people and the level of energy I like, but it didn’t matter at the time. I was happy! I had income again! And then last month (2½ years later), I found myself on the job hunt again. In a market full of job seekers just like me, I knew I had to standout somehow.

So, I reached out to Dave again for guidance with my résumé and attended his MRMT class. During this time frame Dave received a job lead with skill requirements that were almost identical to mine. I went on two interviews. I am happy to announce that I was offered a C-A-R-E-E-R with better comp and benefits, not just a J-O-B. I start the Monday after Thanksgiving.

I would like very much to thank Dave O’Farrell for providing such an excellent class. I know without the proper training I would not have landed this opportunity.

To all the job seekers out there: your faith, combined with a great attitude, a big smile and the right training, will land you in your next career.

Let God lead you and He will take you far in your life!